Manor ISD teachers administered a paper & pencil pre-test and post-test designed by independent evaluator Rockman et al in September and December 2017, respectively. The tests consisted of 20 varied questions covering 34 science concepts. All definitions and images were carefully selected to avoid any overlap with those used in the Speak Agent product. Rockman et al graded all of the tests.

Students in the experimental group used Speak Agent for an average of approximately 6 hours over a 12-week period using tablets, laptops, and desktops (varying by classroom and availability). Students in the control group spent the same amount of time receiving standard science instruction without Speak Agent.

There were 59 second-graders, with 31 students in the experimental group and 28 in the control group. The Speak Agent content covered three second-grade science units about Investigating Matter, Investigating Force and Motion, and Earth Materials and Natural Resources. These units aligned to the scope, sequence, and pacing of Manor ISD's science curriculum. All units were aligned to Texas Essential Knowledge and Skills (TEKS), the state standards. The second-graders were able to access Speak Agent in their home language (Spanish).

Second-grade students in the experimental group improved their test performance by an average of 10.3% vs. 2.8% improvement for the control. The chart below shows the average pre- and post-test performance of second-graders on the assessment:

Third-grade students in the experimental group improved their test performance by an average of 9.9% vs. 1.9% improvement for the control. The chart below shows the average pre- and post-test performance of third-graders on the assessment:

A second phase of the NSF study will continue at Manor ISD through end of April 2018. In addition, Speak Agent is in the middle of two other studies with partners in California and Maryland. These studies will cover reading and math content. The studies will evaluate whether the preliminary findings at Manor ISD may be reproduced at other sites and in other content areas.

A follow-up independent t-test compared differences in change scores (difference between Pre and Post assessment scores) between the two conditions, and a significant effect was found, t(57) = 2.70, p < .01. Students in the experimental condition, on average, demonstrated greater positive change scores (M = 10.2%, SE = 1.9%) than those from the control condition (M = 0.6%, SE = 3.1%).

The study was funded by National Science Foundation award IIP-1632488.

Find me on:
LinkedIn Twitter
Previously:
The 2018 ED Games Expo
Next Up:
Next The Story Behind the NSF Study 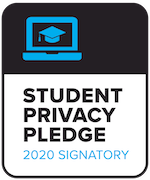